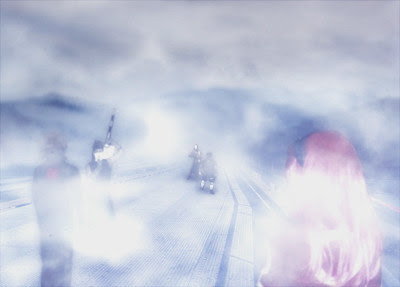 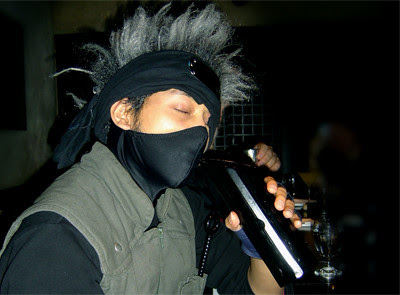 Well I am feeling a whole lot better now (after taking some meds that Tazuna-san gave me, but I'm about ready to take the camera away from Naruto)... I'm back to full strength and finally free of my crutches today! I have been hobbling around on one crutch the last couple of days and it just feels more bothersome than useful.
Tazuna’s bridge is almost complete. Naruto and Sasuke have finally master climbing trees using their chakra. I must say they have really impressed me with their dedication. My only wish is that Naruto would stop goofing off so much. He gave me a fright when he tried to play a joke on me and Sakura yesterday, by pretending to fall off a high branch. Afterwards from laughing so hard at his own joke, he actually did fall off. Sigh...
Later that night though, I did see a different side to Naruto at the dinner table. Inari was upset and was yelling at Naruto, and well, Naruto snapped and told him off. He said that he should stop being a victim, and quit crying like a baby. It was a bit harsh, but understandable.
So I took the chance and I went to talk to Inari, who had run outside to sulk again... I tried to explain to him, that Naruto was not trying to be mean, but trying to help. I told him how Naruto didn’t have ANY family and never had a single friend growing up. And how I have never seen Naruto complain or cry even once because of it. Naruto is always doing his best to get people to acknowledge him because he probably is sick and tired of crying. And even thought he is young, Naruto understands what it is to be strong. He probably understands how Inari feels, what Naruto said to Inari is probably something he had said to himself many times when he was younger. I hope what I said to Inari helped, and it also made me think more about my role as the leader of this team. 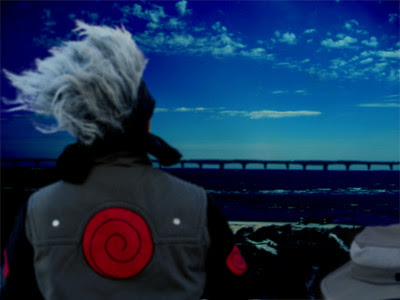 Ah well, it's morning now and it's time to head off to the bridge, Sasuke, Sakura and I will be accompanying Tazuna to the bridge. I gave Naruto the day off, because I think he can't move, using up all of his chakra climbing trees the night before. I couldn't even get him out of bed. Hopefully Naruto will get some rest and all will be well.

"To abandon one’s duty is not courageous. Below the courageous, there is nothing."
-The First Hokage.
Posted by Kakashi at 1:22 PM 19 comments: 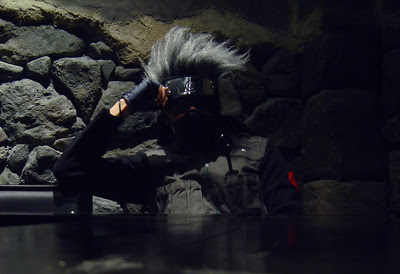 Yo~ I'm feeling a lot better today and decided to get up and have dinner, I gotta admit Naruto and Sasuke are doing quite well on their training from what I've seen. They both actually threw up at the table today, sigh... I'd never thought I see the day where Naruto and Sasuke would be on the same level. But I'll admit I think Naruto brings out Sasuke's good side and vice versa. Their competitiveness is actually building up good training discipline but they have to understand barfing will not help strengthen chakra hahaha. Sakura on the other hand has done quite well with her training so I have placed her with Tazuna-san on guard duty. She tells me that Wave Country is really hit bottom and that the people are struggling hard to stay on their feet. Tazuna-san believes that the bridges completion will bring hope back to the people of Wave Country. It seems that there used to be a hero once who lived here and inspired the people his named was Kaiza. He was killed by Gatoh and his henchman, hmmm... In anycase Inari-kun seemed to have lost all his hope and dreams as of most of the people here. I guess I can relate with the kid... Loosing his dad like that, ah.. maybe I'll have a chat with Inari-kun later. Naruto may be of help too, seems he's all out to prove that heros do exist to the kid. Hmm Kids... Well before I go lay down again, here's a pic of the construction site I took while I was out walking today. Oh and that pict on the top was taken by Sakura from the dinner table, sigh, looks like I still need rest... 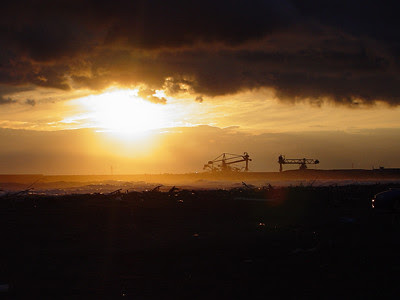 Jyan, I'm back sorry about being late, we ran into a few complications on the way to Wave Country. Sakura told me she filled everyone in while I was unconscious, so there is no need to repeat myself. (Though I may have to go over filing report procedures with her, keeping it formal and none of the heart stuff, girls of that age... sigh). OK I need to make this brief cause I still feel pretty awful. My head is POUNDING... All I have been able to do is lay here...I couldn't even stop Naruto from taking this embarrassing photo of me in bed. Grr... I gotta get back into training myself... Actually, now that I think about it's a pretty funny shot (so was the one by Sakura). Might as well put it up. 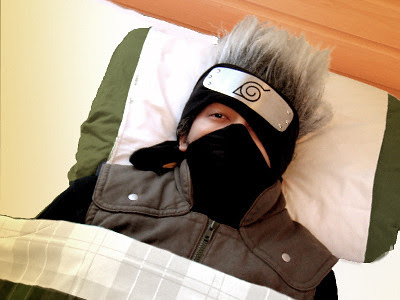 Don't want to discourage Naruto and all, I gotta admit I like the framing. Still though, If I were able to move, I would have 1000 years of pained Naruto good...*sigh* It's been a long time since I have had to use the Sharingan, and I guess I overdid it. I've got be more careful next time. May end up in worse condition or something. 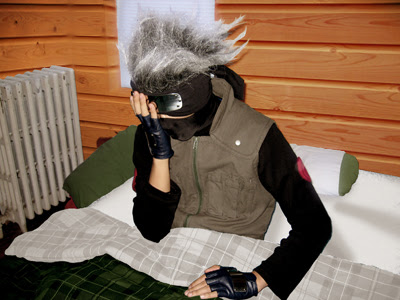 So after all is said and done, I am pretty sure that boy in the mask was not a Hunter-Nin or at least not anymore. He saved Zabuza. Hmmm, I wish I had caught on sooner and finished off Zabuza myself, but in a way it did show that Naruto and Sasuke can work together. Oh well, now I have to make sure that all of us are ready, I have a feeling Zabuza may be back. I may not be able to move much right now, in fact I have been wobbling around on crutches. It's pretty bothersome. But I can at least prepare Saskue, Naruto, and Sakura. I demonstrated to them the importance of good CHAKRA CONTROL, and with a very simple task they have to do. Climb trees, without using their hands! Now if they can master this skill it will be great. They all have amazing potential and will be very valuable shinobi once they get thru this hurdle. So far Sakura has shown the best at controlling chakra and stamina. It's very good this way. It makes it easy for me to make those other two feel shamed for being beaten by a girl, and hopefully motivate them to do better. So Far as expected aside from Sakura, Sasuke got pretty far up, here's a picture of how high he got. Looks like maybe two or three story high... Not to bad. 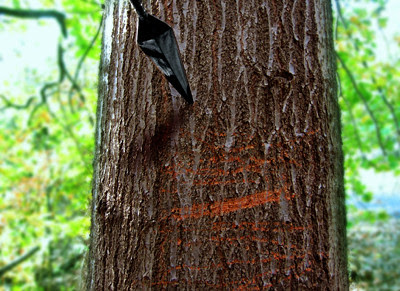 Though out of the three, I know Naruto has the greatest potential, I just hope he learns to focus better because well, he's been falling on his head all day. Sigh... (good thing he has a hard head). Ok I will end it here because I feel awful and I need to lie down.
I'll report in again later, ugh don't even feel like reading... ZZzz
Jya'Ne
Posted by Kakashi at 1:06 AM 12 comments: