Back from mission! Preliminary matches update!

Yo mina-san! With decent bed time and lots of Icha Paradise, I've finally recovered from the previous mission. Because a lot has happened since let's get right back into what's going on. Naruto was in a pretty tough match against Inuzuka Kiba but, he has really grown since the exams has begun. Not only has he gotten physically stronger but he also showed ingenuity and smarts by using Kiba's own justus against him in battle. 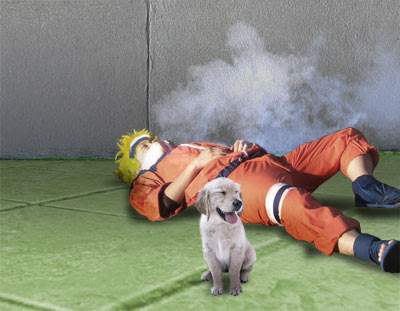 Now that I’ve said all the good things about Naruto I think I can go into telling you that he won because he passed some gas. I’m not trying to negate what I just said about him because it's all true. However, in this particular fight you just can’t leave out the fact that his unexpected “breaking-of-the-wind” aided him in his victory by giving him an opening to attack Kiba with his new technique, Uzumaki Naruto Combo, which was surprisingly similar to Sasuke's move from before (ha.. everything about his move was a copy including the name… yet who am I to talk ^.~). 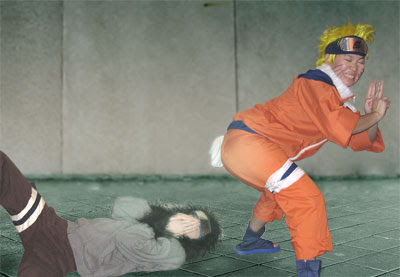 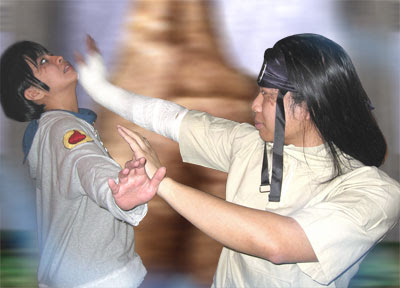 This fight was followed by what was probably the worst match-up's possible. Hyuuga Hinata versus Hyuuga Neji. Although they are related there is a lot of hate that exists on Neji’s end. The Hyuuga family is the oldest, most elite clan in Konoha. However, despite of all this… or maybe I should say that because of this they are a divided house. Hinata, is a member of the main branch and Neji is part of the secondary branch. It is because of this that Neji is resentful.

The Hyuuga Clan, like the Uchiha, also possess a bloodline limit known as Byakugan. Byakugan exceeds the ability of the Sharingan as far as insight. It enables one to see the Chakra Circulatory System, also known as Tenketsu, that exists within a person. This, coupled with the Hyuuga’s special hand-to-hand combat called "The Gentle Fist" or Juken enables one to cause direct damage to the chakra circulatory system and internal organs. The smallest blow can be lethal. 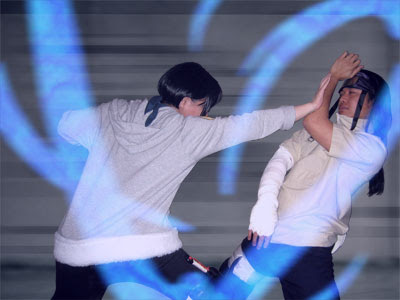 The power of the Hyuuga is an amazing thing to witness, albeit in this situation it was not. Neji who was clearly superior at using Hyuuga’s fighting style, managed to completely stop Hinata’s chakra flow. Most believed that the fight was over but Hinata kept going. She didn’t give up despite all of her injuries. It was ugly til the very end when Gai, Kurenai, Hayate and I had to jump in order to stop Neji from killing Hinata.

After it was over Hinata was in Critial Condition and had to be taken to the emergency room immediately. Naruto who had been cheering for her the entire time was furious. He wiped some of Hinata’s blood off the floor and swore to her that he would win against Neji in a fight.

Now that these two fights are over, there are just 4 more genin left including that boy from sand... who I have a bad feeling about.

Team Kakashi out on missions!

Sorry I'm late, a black cat crossed my path...um well actually all of Team Kakashi has been extremely busy! 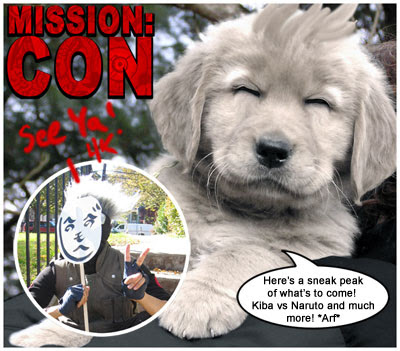 I would like to apologize for my delays. I'll be out on a couple of convention missions and assignments. If you are going to be at Otakon this coming weekend keep an eye out for myself, Team 7 and the Ninja Journals crew. I'll be back on schedule very soon! Ah where did I put my book? The wind is nice..