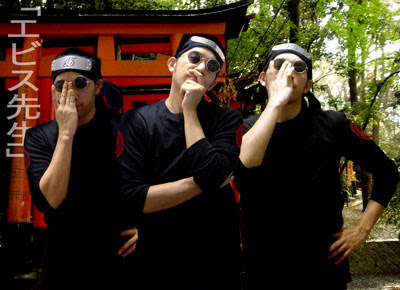 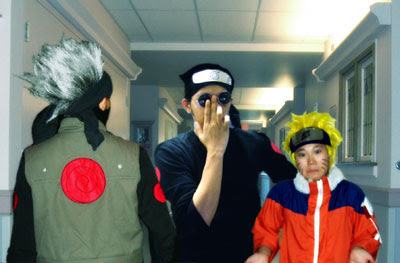 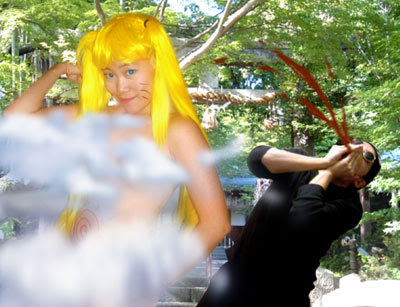 Thank you for all the kind birthday wishes mina!
And many thanks to Naruto, Sasuke, Sakura and the others for a great surprise birthday party! I must say this the best form of teamwork ever! I was really surprised! 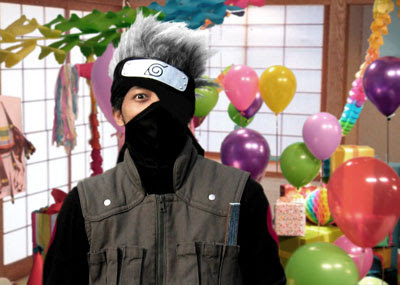 And many many many thanks for all the great Icha Paradise Gifts! 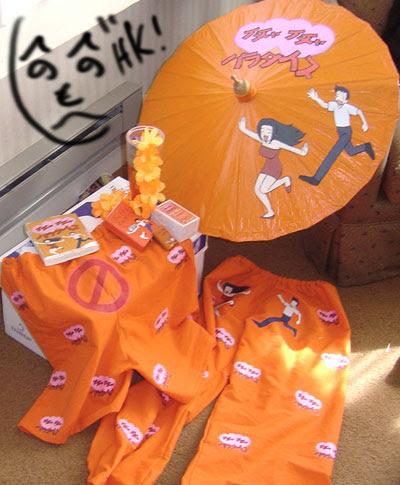 I really have no idea how they found those Icha Icha PJ's! I especially liked the signed copy of Icha-Paradise Volume 1 Super Premium Edition from Ebisu, I never realized he was into this stuff. I'll ask him more later when I meet with him for some buisness.

Along with my birthday, I just realized that ONE YEAR has passed since I started this blog. So much has happened!
This was my 1st year having students and I must say Naruto, Saskue, and Sakura are all an important part of my life now. They have grown so much and I am very proud to have such an excellent team! There is so much to look forward to. Although ruff waters are ahead, I feel together, as a team, we will be able to overcome any obstacle and achieve greater heights. I would also like to thank everyone who has helped in making this blog a success! All of your hard work and dedication is greatly appreciated! And of course to all the fans who visit and leave comments, arigatou! and keep them coming!

Thank you again for everything!

Greeting's everyone!!! Konoha_cop here!
A very cute little pug told me that today is Kakashi's Birthday!
So from myself, Pakkun, and Team 7. We want to wish a very Happy Birthday to our favorite jounin!
HAPPY BIRTHDAY KAKASHI!!! 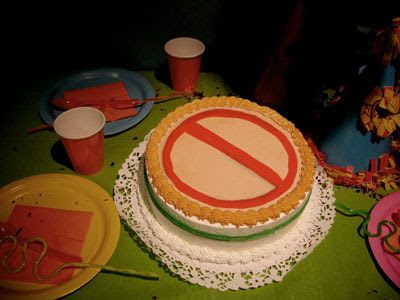 May you get all the Icha Paradise premiums your heart desires!!
We hope you like the lil' surprise we've got for you!!! ;-)
More on that later!

So everyone leave you birthday wishes in the comments!

The 9th match of the prelims was Gaara from the Sand village vs. Rock Lee, Gai's student. Rock Lee, according to Gai, has absolutely no ninjsutu or genjustu skills at all. Being Gai's specialty, he trained Lee to be a taijustu only expert. Pushing the limits of what one can do with the human body. Gai is a man of extremes and sometimes he tends to take things pretty far with his unorthodox training methods. In Lee's case it both benefitted and hurt him at the same time. This kid really has some heart, he kinds of reminds me of Naruto sometimes. 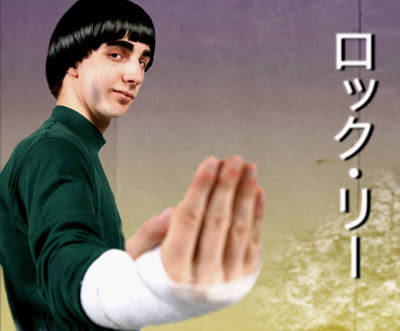 As for Gaara, he uses sand from his gourd that protects him and acts as a barrier. None of Lee's initial attacks worked until he dropped what seemed to be hundreds of pounds of weights hidden in his leg-warmers, whoa... After that his speed increased dramatically. Lee's taijustu skills was truly amazing, it was so fast that he beat the sand shield and landed several blows to what seemed to be an impenetrable defense. It looked for a while that Lee had the advantage. Unfortunately that was not the case. Along with the sand from his gourd, Gaara had sand covering his entire body acting as armor, Gaara retaliated with a barrage of sand attacks that drove Lee down a dangerous path in an attempt to defeat him. 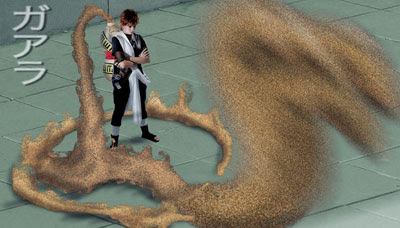 Lee used the primary lotus which puts an enormous amount of strain on the body. But when Gaara was unaffected by that, he went on to open five of the eight celestial inner body gates in order to perform the Extreme Lotus. Why did Gai teach such a dangerous technique to that boy i'll never know. Furthermore how can someone so young actually pull it off? That kid really is a genius. Unfortunately for Lee, Gaara survived the extreme lotus and then completely crushed Lee's left arm and leg using his sand jutsu. Right after Gaara attempted to kill Lee, Gai jumped in, ending the match. (Hang in there kid). 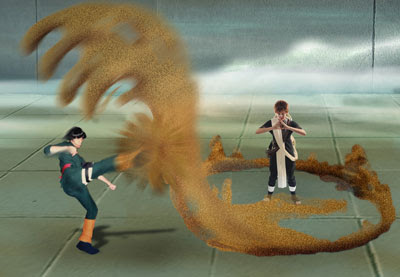 The most gut wrenching sight had to be watching Lee's unconscious body, still standing, through sheer willpower, trying to fight on. This completely tore Gai apart to see his student like this. And what's worse, according to the medic, Lee was so badly injured that he will not be able to continue his life as a shinobi.
I can understand now why Gai did what he did, I probably would done the same if I were in his situation, I'm going to have to take Gai out for some sake later... Since I was wrong in judging his teaching.

The last round of preliminaries finished quickly. It was Chouji from Asuma's squad vs. Dosu from the Sound village. Choji collided with a wall and it was over. Right after the match, I went to check on Saskue at the hospital. Arriving there I found the ANBU I left guarding Saskue all dead. And a genin named Yakushi Kabuto in the room. I asked him what he was doing there and what he wanted with Saskue. And when I brought up Orochimaru, he claimed that there was no way to prove that he had any connection to him. He was being a smart ass which ticked me off a bit. I pushed a little harder to get some information out of him but but he outsmarted me and escaped, jumping out the hospital window. I'm not 100 percent sure what Kabuto's intentions were, but one thing is for certain. If he is working for Orochimaru, things are going to get bad... 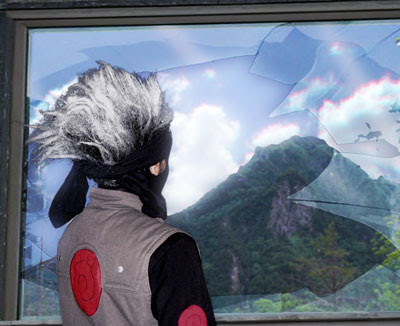 That's it for now, I have some investigating to do.
HK
Posted by Kakashi at 1:04 PM 11 comments: