The first participants of the preliminary exam were Sasuke and Yoroi Akadou. In Sasuke’s current state, Yoroi is not exactly what you would call an ideal opponent. Yoroi has a special ability that allows him to suck out chakra by using his hands. Because the curse seal also sucks chakra, Sasuke could lose his life simply by activating Sharingan. Despite of this, I did not feel like it was necessary to stop him from participating in the preliminaries. I believe in my students and I understand their willing to compete, especially Sasuke. 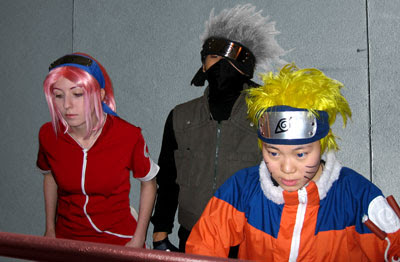 As soon as the fight began it was clear that Sasuke was having difficulty. The situation was getting worse and worse by the second. Just when it looked like it could have been it for Sasuke, he pulled out the "Shadow Dance Technique,” a move that, surprisingly enough, belonged to Gai (Sasuke must of have copied from Rock Lee when they fought just before the start of the Chuunin Exam).

Although Sasuke did win this match, I am taking it as my responsibility to do what I can about the Curse Seal. I have set up an area to perform Fuuja Houin (Evil Suppressor). Hopefully this will prevent it from doing any more harm than it already has. 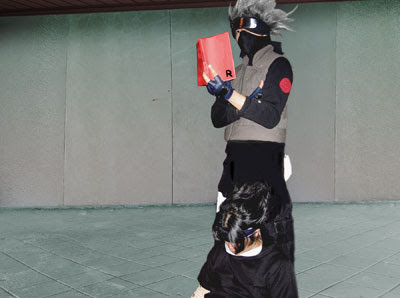 On a sidenote, Gai told me that Sasuke reminded him of how I used to be in my younger days. Although I usually disregard Gai’s comments due to his sheer eccentricity, I couldn’t help but agree with him on this one… go figure.

Now that the Hokage has finished his announcement, another Jounin, Gekkou Hayate steps in to explain that there will be preliminary matches starting immediately to see who gets to advance to the Third Exam’s main battle because there are still too many examinees left. 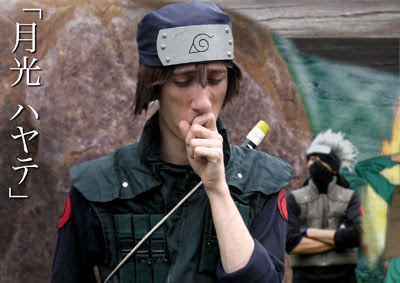 Due to a time limit within the 3rd exam, the excess of examinees can not continue as it is. The preliminaries will be one-on-one battles. Hayate starts off by letting any examinees who want to quit do so now so that they can begin with the preliminary match immediately. While the rest of the explanation is going on, I notice that Sasuke is in pain, from the new cursed scar on his neck.
The Hokage and Anko notices as well. Anko suggests that Sasuke should be taken out of the exam and be escorted out by ANBU. I tell Anko that it won’t be so easy to convince Sasuke to quit, he's quite a stubborn kid. Anko replies that she will take him out by force if necessary, because the cursed seal is reacting when Sasuke tries to mold Chakra, extracting energy from him. She is amazed by how Sasuke can withstand the cursed seal so well because a normal person would have died.
The Hokage decides to let Sasuke continue because he is worried about Orochimaru’s warning to not end the exam. he continues to say that if the cursed seal acts up and Sasuke’s power is uncontrollable, then he will be stopped.
Hayate continues that there will be 10 matches and the winners will advance to the next round. There are no rules. The examinee wins when their opponents dies, is knocked out, or gives up. If the judge sees that the match is over, he will stop the match to prevent unnecessary deaths. The bulletin board will randomly determine who will fight in the match and as it starts the first names that appear is Yoroi versus Sasuke. (great...)
Ah... Just as we all left the grounds to watch from the balcony, I passed Sasuke and and warned him not to use the Sharingan, and if the cursed seal becomes active, I told him I will jump in and cancel the match. 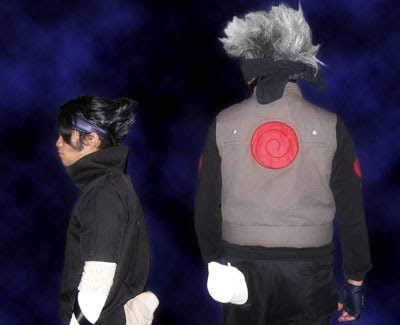 I hope Sasuke doesn't try anything stupid and risk his neck literally. Hope this goes well...
For now all I can do is stand here and watch... and somebody tell me why is Gai still on fire... *sigh* 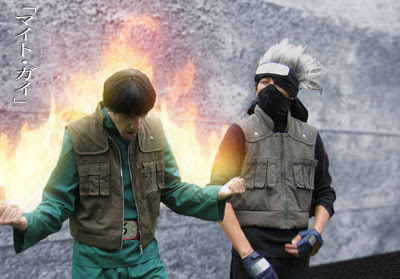 Hey Guys before I write this blog, I'll be off on assignment at a con in the land of NJ! 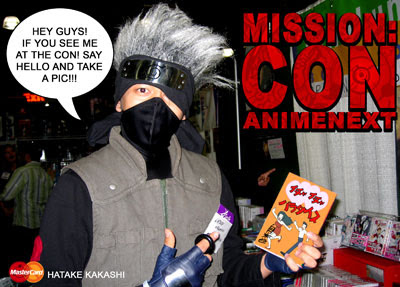 Ok on with my report!
The second exam is finally over. A total of 21 genins passed. And it seems as though the rookie 9 have ALL passed as well! This is Excellent! For Asuma, Kurenai, and myself its a proud moment. We proved the other jounin teachers wrong in their assumptions that our students were to green to make it this far in the exam...
Iruka went off in the Hokage's office at all of us for nominating them, and Guy as well! He made the argument that the students still needed to "Blossom with more fiery ferocity of youth explosion first before taking the exam", whatever that means.
Wow, it really makes me smile to see Gai squirm around and go crazy like he does sometimes.
I do wonder what he is thinking. Just a little. I think its just best if I ignore him for now. Or he's just going to challenge to to do something ridiculous. I can just see him out of the corner of my eye, just shaking his fist. LOL!

Well, now the students have been told about the true nature of the Exam. I already explained it in another post, if you do not know you can check HERE!

Some of Genins were not happy about this bit of news. And its understandable. But as Lord Hokage explained, this is a vital and necessary thing to do in order to uphold and protect the prestige of which ever country they are from. It's a show of power. And the way each ninja villages brings funds into the economy. If we show weakness then we will not get the clients needed to keep us running. "The strength of the country is the strength the village. The strength of the village is the strength of the shinobi. And a shinobi's true strength is born only thru battle."

Well now let just see how the this will all turn out... Geez I hope Guy would just stop glowing over there...
that's it for now. 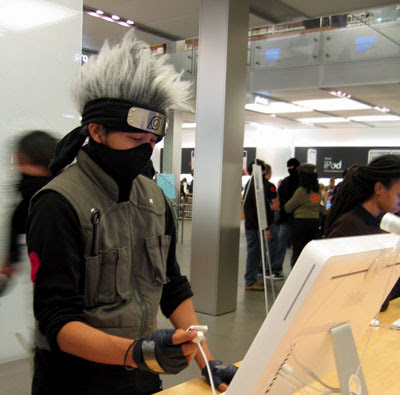 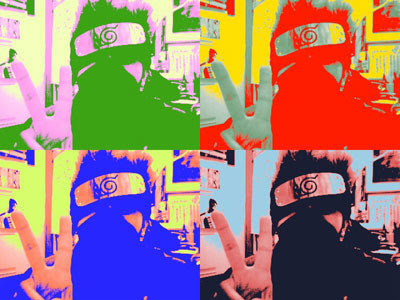 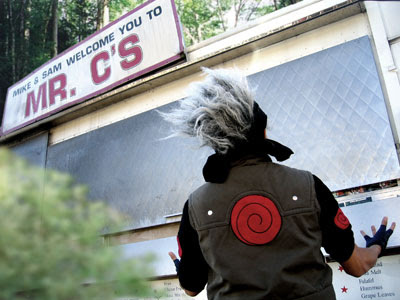 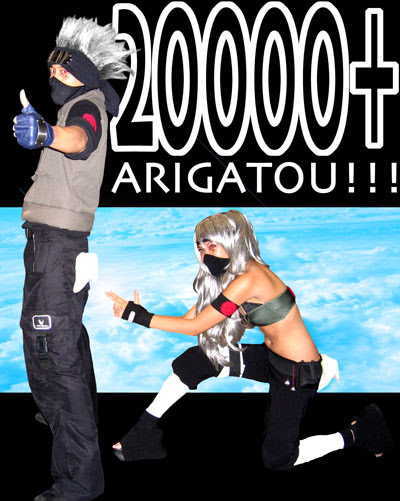 Well HK here with a huge "ARIGATOU"! Everyone who has visited and commented and have made this site a hit among the Naruto Community has left me speechless~! Team 7 and all the Nins that appeared so far and for those to come Thank You and Thank You in advance. It gives me and the Media Jounins energy and inspiration to keep on making this site enjoyable and entertaining for all you fans out there! So again as it has become some what of a tradition, the all time favorite Kakashi SnJ makes her appearance again! Can't wait to see everyone at 30,000!

P.S. For those who missed SnJ's last appearence click HERE!
Posted by Kakashi at 2:41 PM 12 comments: