Greetings!! Konoha_cop here!
I was digging around some records at the ninja registration office and I found this unlabeled videotape.
It seems some time back Kakashi-san took part in some ninja exchange program. He stayed in some place called New Jersey, United States. Anyways after more digging I fond it was actually an S class infiltration mission to assassinate a fake "Ask a Ninja" apparently he is quite famous in the western area of that country. Here is part of the footage I could find...

Well, I am off! I am going to check out the of third round preliminaries!
TTFN!
konoha_cop
Posted by Konoha_Cop at 11:31 AM 18 comments:

After the end of Sakura and Ino's battle there was another kunoichi match-up: Tenten, of Team Gai, and Temari, of the Sand Village. 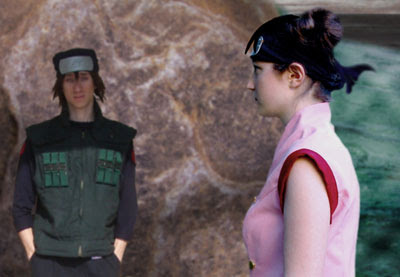 Tenten specializes in weapons, therefore it was only natural that her first attack involved a barrage of shuriken all aimed for Temari. Surprisingly, every single one missed her. This was totally out of character for Tenten as her aim is impeccable. Gai suggested that something made Tenten miss on purpose. It turned out that Temari deflected the shuriken away with a large fan. Tenten resumed to fighting using her weapon techniques, but nothing proved to be effective. As her last resort she performed Soushouryu (Rising Twin Dragons). 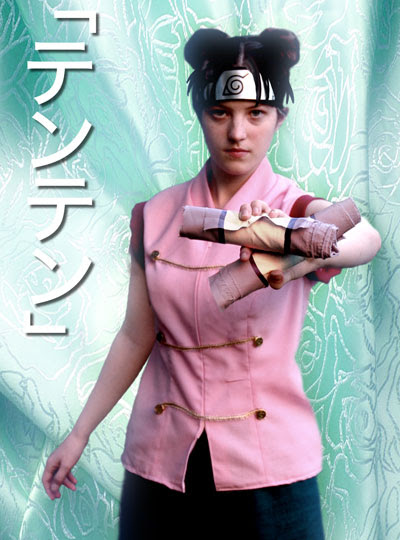 I heard from Gai later that she was saving this technique for the final part of the Chunnin exam. Unfortunately, Temari was able to block it completely. She then sent a gust of wind that pulled Tenten up into a mini tornado full of chakra. The fight was put to a violent end when Tenten fell out of the air and on to Temari’s metal fan. It was rather painful to watch. The Genin from the Sand village are definitely a formidable and cold group... 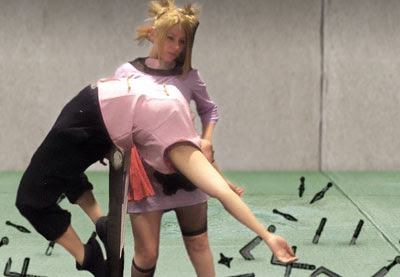 This match was followed by Nara Shikamaru versus Kin Tsunchi. Shikamaru was always a pretty lazy kid without any stand out qualities, he's just quiet and likes to blend in. Despite all this, Shikamaru used his surroundings and very keen observations to layout an extremely advanced plan to defeat his opponent. Combined with his families unique abilities, The Kage Mane no Jutsu (Shadow Imitation Technique), it was a quick win for him (..and some what amusing). I see why Azuma plays "Shogi" with him all the time.

It's days like this that really bring out the competitive spirit in people. Rock Lee has been jumping around for the last few minutes anxious to fight (so is Naruto). Man, Lee is really is like Gai when he was young. sigh...
Posted by Kakashi at 11:29 AM 14 comments:

Sakura and Ino have been giving their all.
Sakura shows off some very clever basic battle techniques. She combines normal replication techniques and chakra to boost her speed to confuse and hit Ino. Very nice. Her ability to circulate Chakra throughout the entire body and use it at the right time is top notch. Naruto and Sasuke could learn a thing or two from her.
At this point it looks like Ino and Sakura are evenly matched. They have been fighting for 10 minutes. Sakura continues with her taunting and Ino is enraged to the point that she cuts off her hair and throws it towards Sakura. Ino then decides to use the Mind Transfer Technique to make Sakura give up.
This is a risky decision. The Mind Transfer Technique is a technique in which the user releases his/her mind energy and hits the enemy with it to control the opponent’s mind for a few minutes. Although a powerful technique it has a weakness, mind energy travels slowly in a straight line which leaves openings. If the user misses the mind energy won’t return to the user for a few minutes prohibiting the user from moving. All Sakura has to do to win, is to simply dodge it. If Ino misses Sakura can basically beat her into a pulp.

Sakura runs and Ino performs the Mind Transfer Technique. It misses and Ino falls to the floor. Sakura walks towards Ino but Sakura is tied down by a string filled with Chakra. Ino was only pretending that she formed the seal to lure Sakura into the trap. The string is a special string made by running Chakra through the hair she threw on the ground. Now that Sakura can’t move, Ino performs the Mind Transfer Technique and it hits Sakura. The technique succeeded. Things looked bad.

Ino has now taken over Sakura’s mind. It seems as though this battle is over. Ino raises her hand to make Sakura give up.
Naruto yells at Sakura to tell her to stop. Suddenly Ino, who is still inside Sakura, is in pain. It seems Sakura's mind is fighting Ino. She can’t take it and returns to her own body. Now this is not an easy feat, one can’t easily kick out the user. It's true that Ino’s Chakra was limited but Sakura's spirit and will power was stronger. And that spirit was awakened by Naruto’s voice as he was yelling at her at the time from the balcony.
Now it will all come down to brute force.. 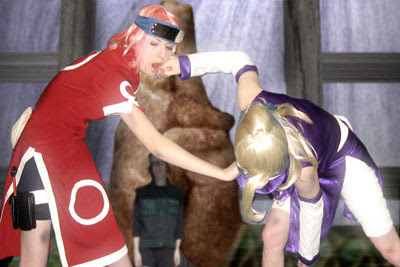 Both are exhausted. one more hit will decide the outcome. Sakura and Ino both run and punch each other. They hit each other’s face simultaneously and they both pass out. Double KO. That's is a 1st. Asuma and I pop down and get bring the two back up to the balcony so they can rest. All in all, I am very proud of Sakura. I really feel that it was a good decision for me to have them take part in the exams this year. She really has grown far beyond my expectations.

Konichiwa Minnasan, Pakkun desu! Heh heh heh Kakashi has a new commercial up for konoha! Hope you enjoy it, i can't type much because of my PUNNNNNNI PUNNNNNNI PADS! So here ya go!
...and before anybody says it "I AM NOT CUTE"! 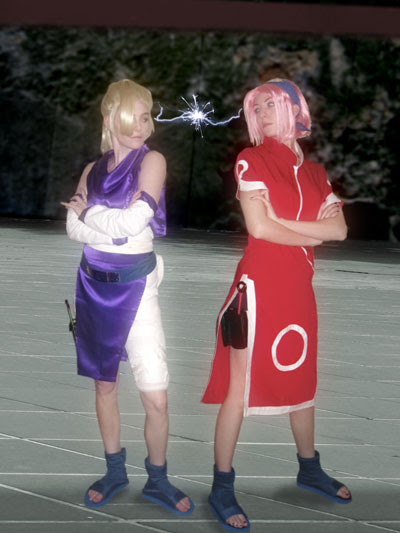 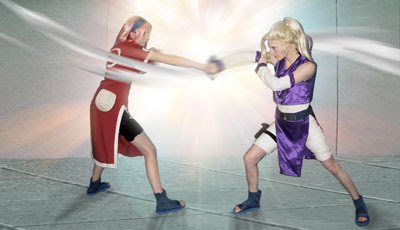 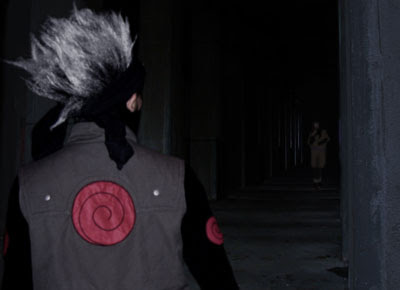 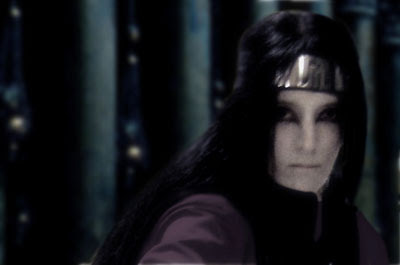 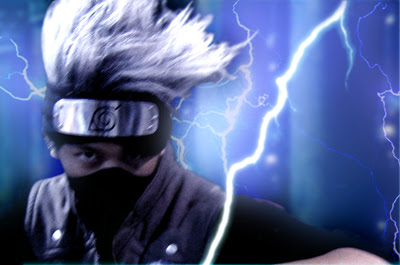